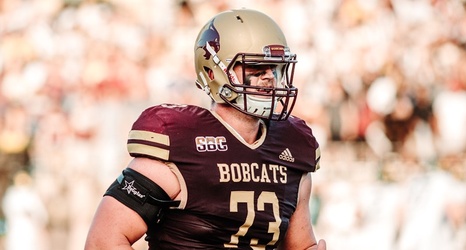 SAN MARCOS, Texas – Offensive lineman Dalton Cooper was named to the Athlon Sports 2022 All-Sun Belt Preseason First Team as the redshirt sophomore highlighted a group of 10 Bobcats to earn recognition by the publication.

Cooper, who started all 12 games last year at left tackle, was the youngest offensive lineman on the first team. He was an All-Sun Belt Third Team honoree last year as voted on by the head coaches.