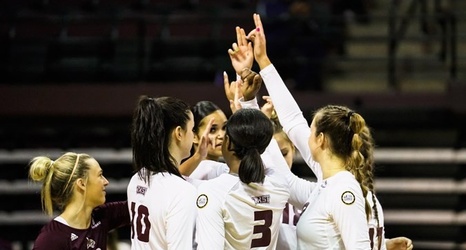 SAN MARCOS, Texas – Texas State will face off against Utah Valley in the first round of the 2021 NCAA Tournament at 2:30 p.m. on Wednesday, April 14 at the CHI Health Center in Omaha, Neb.