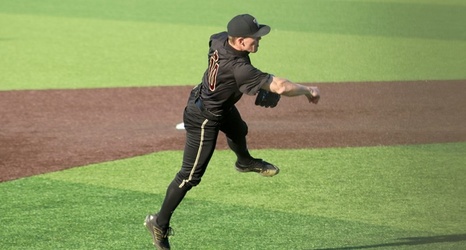 (0-1) suffered the loss as he threw the final three innings with two strikeouts while giving up a run on four hits. Mitch McIntyre (1-0) tossed 3.2 scoreless frames with three strikeouts to pick up the win.

, and all went 2-for-5 at the plate. Hollis and Gonzales scored two and one runs, respectively, while Thompson drove in a game-high three runs. Also scoring twice was .