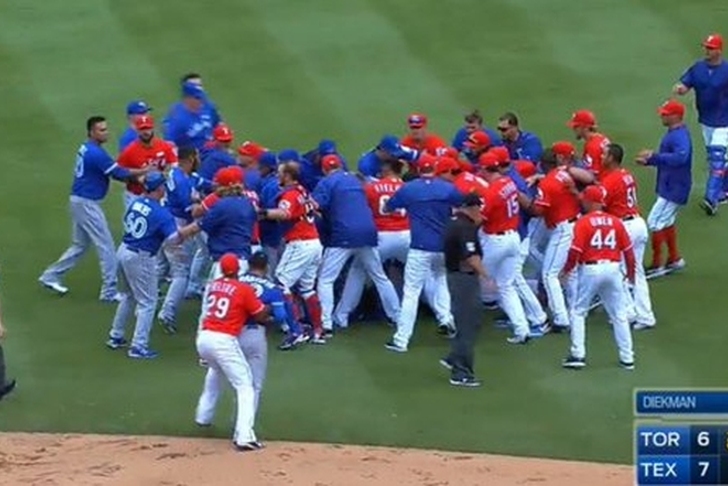 The Texas Rangers and Toronto Blue Jays got into one of the biggest bench-clearing brawls in recent memory. The bad blood stems from Jose Bautista's bat flip in the playoffs last season (that sparked brawl then) and he was front and center in the fight Sunday.

The benches then completely cleared, before the actual play as even over. Here's the video of the bench clearing brawl itself, although it doesn't show Odor's right hook.

That wasn't all, as Prince Fielder was hit on the very next at-bat. That resulted in another bench clear, although there was no brawl. There were a LOT of ejections following the brawl.

The Rangers held on for a 7-6 win. However, both teams will likely lose players to suspensions. Download the Chat Sports App for more reaction on the brawl.