Texas Rangers Discussing Trade For A Starter With The Cleveland Indians 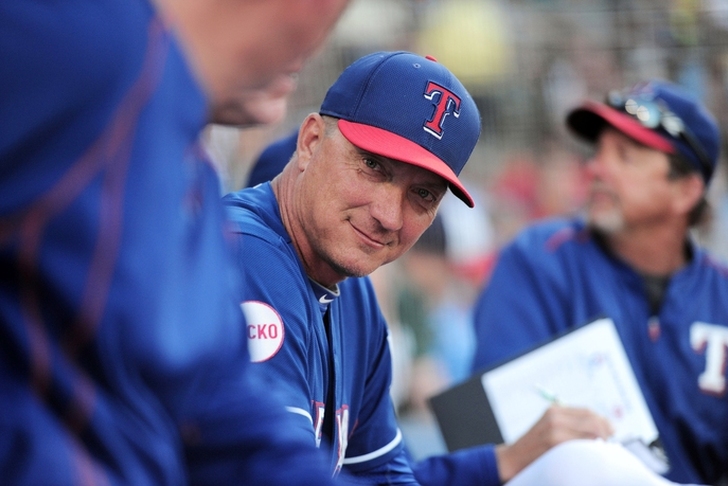 The Texas Rangers are looking to add help to the back end of their pitching rotation, and are discussing a potential "starter-for-reliever" swap with the Cleveland Indians, according to the Dallas Morning News' Evan Grant.

ESPN's Doug Mittler breaks down who the Rangers are targeting:

The Rangers presumably are shopping from the back end of the Tribe rotation, including Josh Tomlin, Cody Anderson or Trevor Bauer. Earlier this week, Cleveland manager Terry Francona announced Anderson and Tomlin have earned the 4-5 spots in the rotation, with Bauer headed to the bullpen. Paul Hoynes of Cleveland.com, however, cautions that putting Bauer in the bullpen is an arrangement that can't last for long.

Texas has bullpen depth to offer in return. Over the winter, Grant reports the Rangers tried to engage the Diamondbacks in a deal for Archie Bradley that would have sent either right-hander Shawn Tolleson or right-hander Keone Kela.

The Rangers have yet to name a fifth starter, and these trade talks explain why. If a trade is not made, A.J. Griffin is expected to get the role. He has only spent two seasons in the majors, going a combined 21-11 with a 3.60 ERA with the Oakland A's in 2012 and 2013. He hasn't played in the MLB since.

Texas opens the season on Monday, April 4 when they host the Seattle Mariners. First pitch is set for 4:05 p.m. ET and the game will be televised on ESPN.