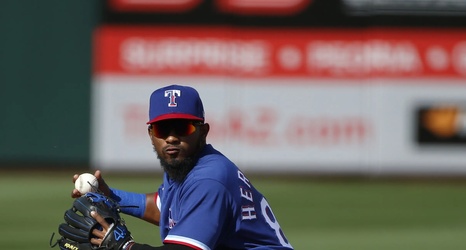 The Texas Rangers have purchased the contact of infielder Yonny Hernandez and added him to the active roster, the team announced. To clear a spot on the active roster for Yonny, the Rangers have placed Eli White on the injured list with an elbow strain. To clear a spot on the 40 man roster, the Rangers transferred Willie Calhoun to the 60 day injured list.

In addition, the team announced that Delino DeShields has been traded to the Boston Red Sox for cash considerations.