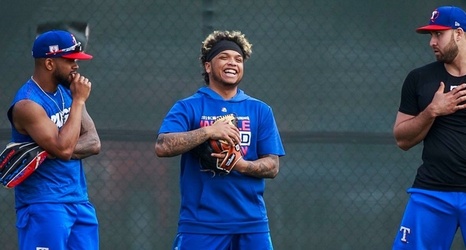 The Texas Rangers are going to be without Willie Calhoun for an extended period of time.

After exiting Tuesday's game with tightness in his left quadriceps muscle, the team announced Wednesday that Calhoun is being placed on the 10-day injured list with a left quad strain. Texas is recalling Delino DeShields to take Calhoun's place.

The first day Calhoun can be eligible to return is June 1.

Calhoun was called up last Wednesday to replace Andrus on the active roster. He proceeded to homer in his first at-bat and hit safely in each of his first five games.