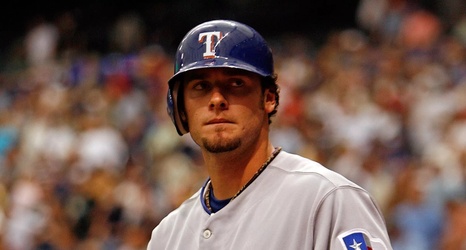 Saltalamacchia is, of course, the one of this pair whose stint with the Rangers is the most memorable. Saltalamacchia was portrayed as the centerpiece of the July 31, 2007, trade that sent Mark Teixeira and Ron Mahay to Atlanta for Saltalamacchia, Elvis Andrus, Matt Harrison, Neftali Feliz, and Beau Jones.