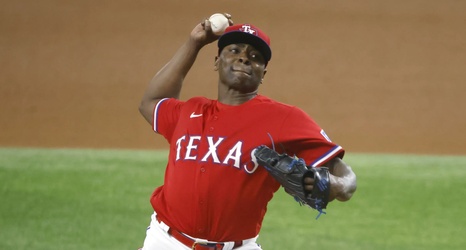 The Minnesota Twins claimed pitcher Jharel Cotton on waivers from the Texas Rangers today, it was announced.

Cotton, 29, is a former top prospect for the Oakland A’s who missed most of the previous three seasons due to Tommy John surgery and then hamstring surgery. He went from the A’s to the Chicago Cubs in November, 2019, but didn’t officially pitch in 2020 for the Cubs before being released in September, 2020.

The Rangers signed Cotton to a minor league deal for 2021, and after a slow start with Round Rock things trended up for the righthander as the season went on.