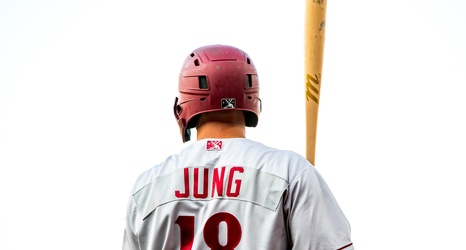 The future of the Texas Rangers is getting really close to arriving.

According to official team PR Thursday, No. 3 prospect Cole Winn, No. 5 prospect Sam Huff and No. 11 prospect Davis Wendzel have been promoted from AA Frisco to AAA Round Rock.

The Rsngers have promoted 1B-DH Sam Huff, INF Davis Wendzel and RHP Cole Winn from Frisco to Round Rock. Winn will make his first Triple-A start tonight versus Tacoma.

With AA Frisco’s season coming to an end, falling just short of a playoff spot, the opportunity for further playing time with the AAA season lasting longer presented itself and the Texas Rangers took advantage.