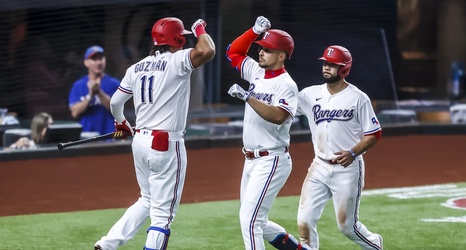 Coming off their first series win of the 2021 season, the Rangers finish off the homestand with a three game series against the San Diego Padres.

Lucky for the Rangers, they won’t have to face Fernando Tatis Jr. and his grand slam swing on a 3-0 count as he was put on the 10-day IL for left shoulder inflammation on Tuesday after leaving Monday’s game with a with a left shoulder subluxation.

They will however see a few friendly faces in Keone Kela and Jurickson Profar and just miss a Yu Darvish start.

Kohei Arihara will make his second MLB start, his first at home, to begin the series.