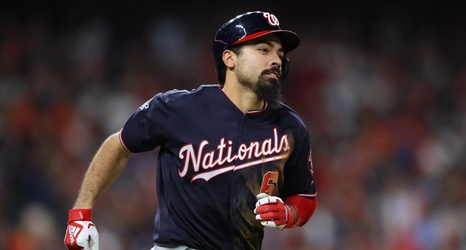 MLB Rumors: Anthony Rendon and the Texas Rangers met in Houston on Sunday, according to Evan Grant, who says that Jon Daniels and a contingent from the Rangers met with the free agent third baseman and his agent, Scott Boras. Rendon, a Texas native who attended Rice University, finished third in the National League MVP balloting in 2019 and helped lead the Washington Nationals to a World Series championship over the Houston Astros.

With Josh Jung, Davis Wendzel and Sherten Apostel all well-regarded third base prospects in the Rangers system, there has been some thought that the Rangers would go with a shorter-term deal on a premium third baseman this offseason, such as Josh Donaldson.