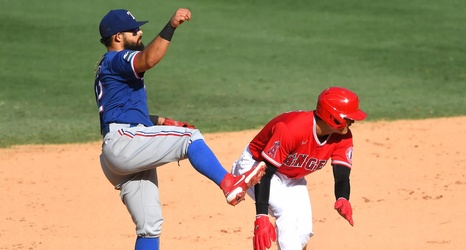 Texas Rangers starting lineup for September 21, 2020 against the Los Angeles Angels: starting pitchers are Kyle Gibson for the Rangers and Dylan Bundy for the Angels.

Texas tries to split the series against the Angels today, and with a righthander on the mound for Anaheim, manager Chris Woodward has a lefty-heavy lineup. Ronald Guzman is out of the lineup today, however, after leaving yesterday’s game with a hamstring issue.