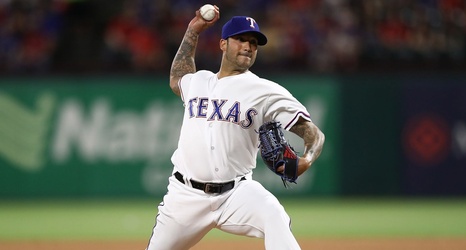 Monday afternoon, the Texas Rangers made a handful of smaller free agent signings that were announced at the same time as Joely Rodriguez’s more notable two-year, $5.5 million deal. In the smaller, minor league contracts, the one that stood out is that RHP Matt Bush will remain with the organization after signing a two-year minors contract.

Bush, who will be 34 to start the 2020 season, missed all of 2019 due to injury and then underwent Tommy John surgery this summer. That means he likely will miss most if not all of the 2020 season but will be under contract for the 2021 season.