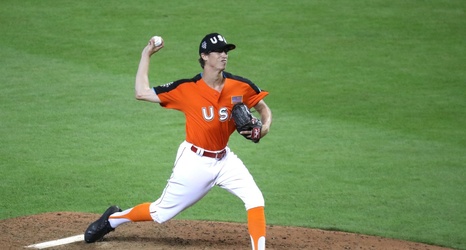 Shortly after announcing that right-hander Nick Goody had accepted his move to the Texas Rangers after being claimed off waivers from Cleveland, the Rangers announced that the club had acquired right-hander Jimmy Herget off waivers from the Reds. To make room on the 40-man roster for Herget, Texas opted to designate Jeffrey Springs for assignment, a surprising move as well.

Herget, 26, got limited action in the big leagues last season making just five appearances for the Reds and throwing 6.1 innings. Herget, a flame thrower with a fastball that can reach the upper-90’s, posted a 4.