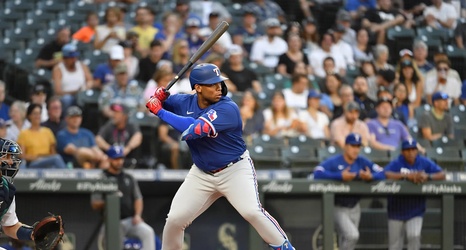 Curtis Terry, Anderson Tejeda, Ronald Guzman and Matt Bush all cleared waivers and were outrighted today, the Texas Rangers announced. All four players will now be free agents. With these moves, the activation from the 60 day injured list of all the players there, and the loss of Joe Palumbo and Jharel Cotton on waivers, the Rangers 40 man roster now stands at 36.

Guzman and Bush were expected to be waived upon the conclusion of the season. Both missed most of 2021 due to injury, are out of options, and are arbitration eligible. I would be surprised if the Rangers don’t re-sign Bush to a minor league deal.