Taking a look at the Rangers’ roster situation 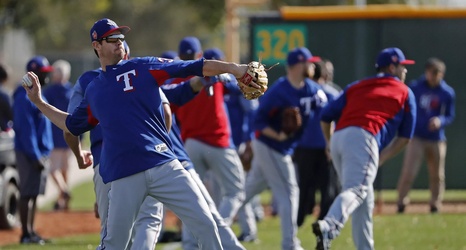 Players report next week for an abbreviated “spring” training, and regular season play for the 60 game season starts in a month. There’s real baseball that appears to be right around the corner.

And given that we basically haven’t talked about real baseball the last few months, I figure it is worth getting back up to speed on where things stand as far as the roster goes, and the guys we expect to see in action.

The 40 man roster currently is full, and has the following players on it:

There will also be 20 additional non-roster players a team can have as its “taxi squad,” which will work out with the team and be available to be called up if they are needed.