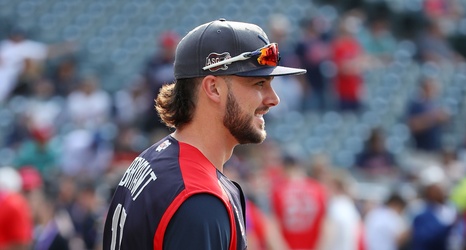 Pitchers and catchers have finally reported to Spring Training but the pending start of baseball season hasn’t slowed down Jon Daniels and the Texas Rangers from exploring possible upgrades. Jon Morosi of MLB.com reported in a piece Tuesday night that Texas, among other teams, had reached out to the Chicago Cubs regarding former MVP Kris Bryant. The star third baseman has been a rumored trade piece for Chicago all season and while no discussions seem advanced, the sense that he will get dealt sooner rather than later continues to grow.

Comments from Jon Daniels, GM of the Rangers, made last week seem to indicate that Texas is open to moves between now and the start of the season.