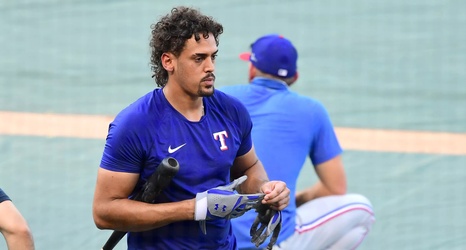 Texas Rangers first baseman left today’s game after the top of the fourth inning today with what the Rangers have reported is a tight right hamstring.

Guzman batted in the top of the fourth and hit a weak tapper that was fielded by the pitcher, and I would assume his trying to beat the throw to first was what caused the hamstring issue. He was replaced at first base by Sherten Apostel.

Given the fact that there is just a week left in the season and there is a 28 man roster, there wouldn’t be a pressing reason to put Guzman on the injured list.