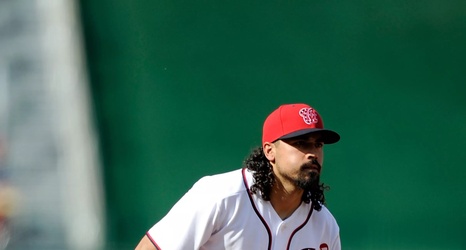 Heineman was non-tendered earlier this month, then re-signed to a major league contract, and then designated for assignment when the team re-signed Jimmy Herget, who had also been non-tendered earlier this month, to a major league contract. The 28 year old Heineman has a career .189/.259/.331 slash line in 139 plate appearances in the majors for the Rangers. He is generally seen as a potential outfield bench player — he has played all three outfield positions, but is seen as stretched defensively in center field, while the bat hasn’t profiled as strong enough to play in a corner outfield spot regularly.