Rangers' Calhoun to IL; DeShields back in bigs 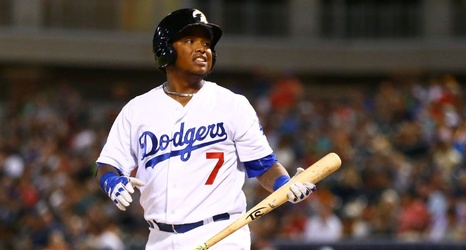 ARLINGTON, Texas -- Rangers outfielder Willie Calhoun has been placed on the 10-day injured list because of a left quad strain.

The move was made Wednesday, a day after Calhoun aggravated his quad as a baserunner when trying to beat a throw to first base in the sixth inning of a win over Seattle.

Delino DeShields, the center fielder sent to the minor two weeks ago, was recalled from Triple-A Nashville.

Calhoun hit .435 (10 for 23) with two homers and seven RBIs since making his season debut a week ago following his call-up from the minors.