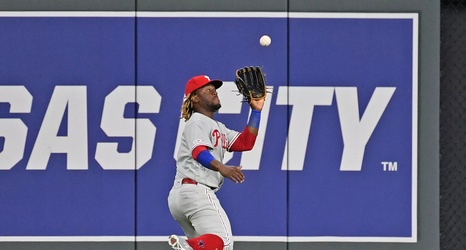 Odubel Herrera has been suspended for the rest of the 2019 season for violating MLB’s domestic violence policy, per reports. The Philadelphia Phillies outfielder has been on the restricted list since a Memorial Day incident at the Golden Nugget in Atlantic City where he was arrested for allegedly assaulting his girlfriend. Herrera has agreed not to appeal the suspension.

Herrera is not being prosecuted after his girlfriend opted to not cooperate with the police. The charges against him have been dropped, though he is required to undergo counseling.

The suspension means the Phillies don’t have to make a decision on what to do with Herrera until the offseason.