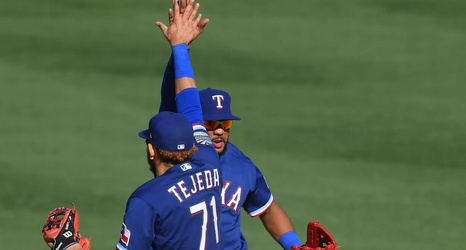 T.R. Sullivan recaps the 7-2 Rangers win over the Angels where Kyle Cody got his first big league win.

Jeff Wilson writes that Sunday’s victory was a glimpse at the future as Texas was led by its young rookies.

Evan Grant writes that, in the pre-apocalypse days, players like Sam Huff, Anderson Tejeda, and Cody were likely hoping to be finished with a successful season in Double-A right about now but were instead starring in a big league victory yesterday.