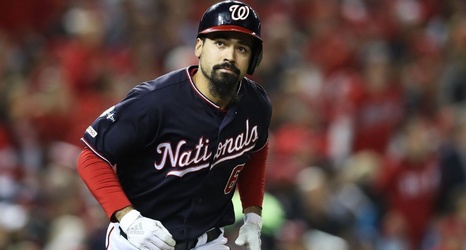 Some high-ranking club executives believe that third baseman Anthony Rendon will be the first of the mega-dollar free agents to come off the board this winter. Rendon has already had meetings with teams, including the Dodgers and Rangers, and before Rendon reached the open market, Washington made an offer in an effort to keep him.

The 29-year-old Rendon helped lead the Nationals to the World Series title and finished third in the National League MVP balloting last month.

As reported in September, friends of Rendon believe he's not going to take the conventional path through free agency.