Middlebrooks among 4 cleared from 40-man 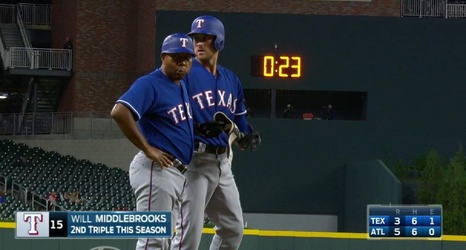 ARLINGTON -- The Rangers have cleared four spots on their 40-man roster by outrighting pitcher Paolo Espino, infielders Phil Gosselin and Will Middlebrooks and outfielder Jared Hoying to Triple-A Round Rock.

Gosselin and Middlebrooks have both declined the outright assignment and elected to become free agents. The moves leave the Rangers with 36 players on the 40-man roster.

Hoying is coming back for his ninth season with the Rangers after being a 10th-round Draft pick out of the University of Toledo in 2010. He has spent parts of the past two seasons with the Rangers, hitting .

See full article at Official Site of the Rangers