Kelley gets save after learning lumps were benign 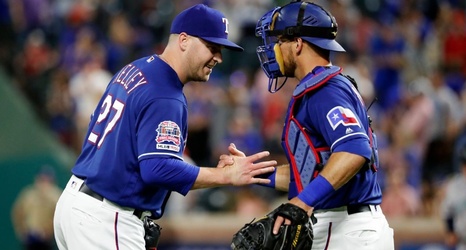 ARLINGTON, Texas -- Rangers reliever Shawn Kelley earned his third save of the season in Texas' 5-3 win over the Seattle Mariners on Tuesday night, hours after learning that two lumps removed from his throat last week were benign.

Kelley was placed on the injured list on May 9, and the lumps were removed Thursday. Kelley, who doesn't use tobacco, had reported discomfort when talking and when rolling over while in bed.

"I really did feel like everything was going to be OK and that a lot of it was precaution," he said Tuesday after being activated from the 10-day injured list.