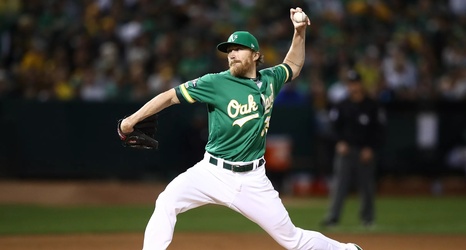 Jake Diekman and the Oakland A’s have agreed on a 2 year, $7.5 million deal with a third year option, per reports. Diekman was traded to Oakland last July by the Kansas City Royals, who had signed Diekman to a one year deal last offseason.

Diekman is a former Texas Ranger, a fan favorite who came over to Texas from the Philadelphia Phillies as part of the Cole Hamels trade. Diekman was very good for the Rangers in 2015 and 2016, then missed most of 2017 due to surgery stemming from his ulcerative colitis.