Hoying, Middlebrooks, Espino and Gosselin outrighted to AAA Round Rock 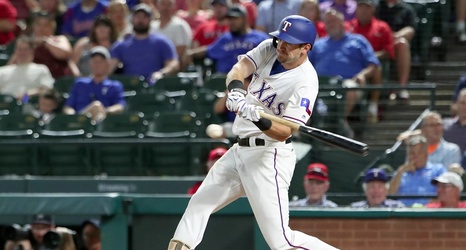 The Texas Rangers announced today that infielders Phil Gosselin and Will Middlebrooks, outfielder Jared Hoying and pitcher Paolo Espino have cleared waivers and been assigned to AAA Round Rock, dropping the 40 man roster to 36. All four players have enough service time to become minor league free agents once the 2017 season officially ends.

Hoying, 28, was non-tendered last offseason and signed to a minor league contract. He ended up getting called up in the second half of the season and appeared in 36 games, logging 77 plate appearances.