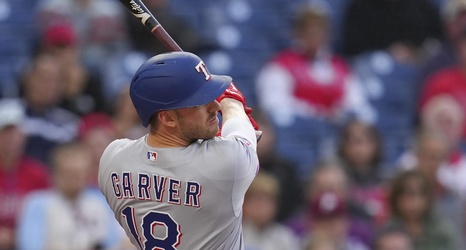 The Texas Rangers have activated Mitch Garver from the injured list, the team announced today. To make room for Garver on the active roster, the Rangers have optioned Nick Solak to AAA Round Rock.

Garver is going to be limited to DH duties for the time being, as the strained flexor he is dealing with is not going to allow him to handle catching duties, though he may be able to handle first base before long.