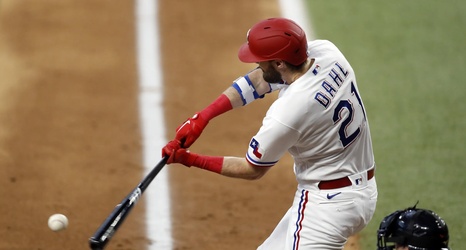 The biggest move here is Dahl getting the axe. Signed to a free agent contract after he was surprisingly non-tendered by the Colorado Rockies, Dahl was given the left field job amid hopes that he could stay healthy and fulfill the promise he showed in his prospect days.