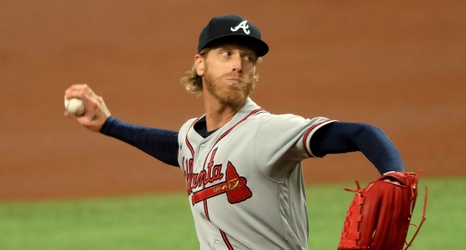 Get read for Mike Foltynewicz trade rumors — the Atlanta Braves announced after last night’s game that their righthanded starting pitcher would be designated for assignment. Foltynewicz gave up 6 runs (including three home runs) in 3.1 IP against the Tampa Bay Rays yesterday.

The move is a surprise, as Atlanta is a contender and Folty is — or was — in their rotation, but manager Brian Snitker said after that game that Foltynewicz’s “stuff hasn’t been there,” and when you are a “stuff” guy, the leash gets real short when the stuff disappears.