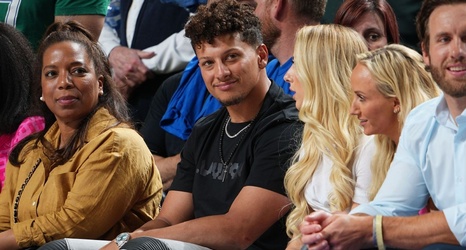 Experiencing a sporting event in person provides a different experience for attendees compared to watching it from home. From the stadium food to the crowd's rambunctious energy, spectating a contest from the stands has considerable perks. Another benefit is that you could bump into a celebrity as you take in the action.

Celebrities gracing the sidelines at games are commonplace across sports, and many stars have showed up to a number of events in recent weeks. Grammy award-winning music producer DJ Khaled went viral for hyping up the crowd during the Miami Heat's Eastern Conference semifinal matchup against the Philadelphia 76ers.