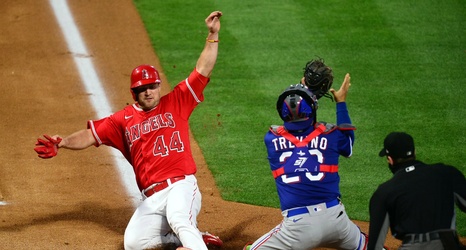 Anaheim starter Shohei Ohtani was, as we say, effectively wild tonight for the Angels in his second start of the season. Ohtani — limited to 80 pitches — allowed a career high six walks to Texas but he also struck out seven and gave up just one hit as he danced around danger in each of his four innings.