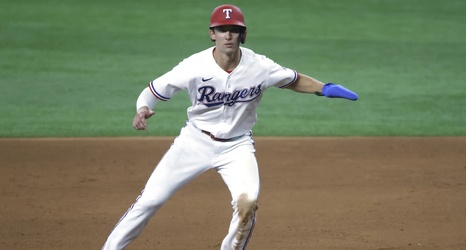 Let me tell you about some good things for once! The pitching for the Rangers was pretty good today. Starter Kyle Gibson coughed up a couple of fifth inning solo home runs but, otherwise, he allowed just four hits, two walks, and collected five strikeouts in his six innings of work.

The bullpen in particular was stellar as John King and recently recalled Spencer Patton combined for three hitless innings. Brett Martin allowed a run in the tenth on a double play because of baseball’s hideous extra inning zombie runner rule but he bounced back for a spotless inning in the eleventh.