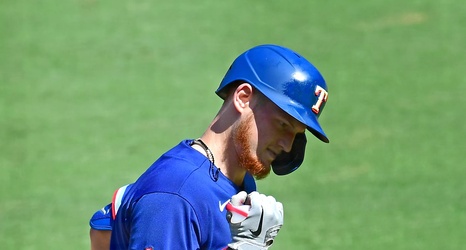 The Rangers were very un-Rangerly today as they scored runs early and often for a veritable smorgasbord of support for their young pitchers. Texas scored at least one run in each of the first four innings this afternoon after they had scored their only runs of the last five contests in a single inning trickling in each.

If you had told me back in February that Kyle Cody would pitch the Rangers to a win with Anderson Tejeda and Sam Huff going deep, I would not have believed you.