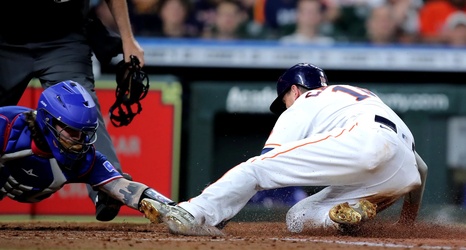 The Texas Rangers score once but the Houston Astros scored twice.

The Rangers committed the sin of letting Justin Verlander settle into the game tonight as they led off the contest with a couple of baserunners but didn’t plate either. Historically, with a pitcher like Verlander, you have to get to them early and Texas had their shot.

Houston, meanwhile, got to Jon Gray for a run in the bottom of the 1st and and another in the 5th as Verlander — no Martin Perez, mind you — gave the Astros six shutout innings and let the Houston bullpen sweat out the victory after Texas mounted an 8th inning rally that produced their lone run.