12 players you forgot were on the Texas Rangers 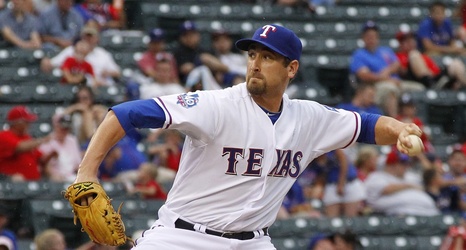 ARLINGTON, TX - JULY 08: Roy Oswalt #44 of the Texas Rangers walks off the field after thunder and a lightning strike during play against the Minnesota Twins at Rangers Ballpark in Arlington on July 8, 2012 in Arlington, Texas. (Photo by Ronald Martinez/Getty Images)

Did you forget that these players were Texas Rangers at one point?

Since 2010, the Texas Rangers have had a different roster makeup every year that has produced some of the biggest stars in the game.