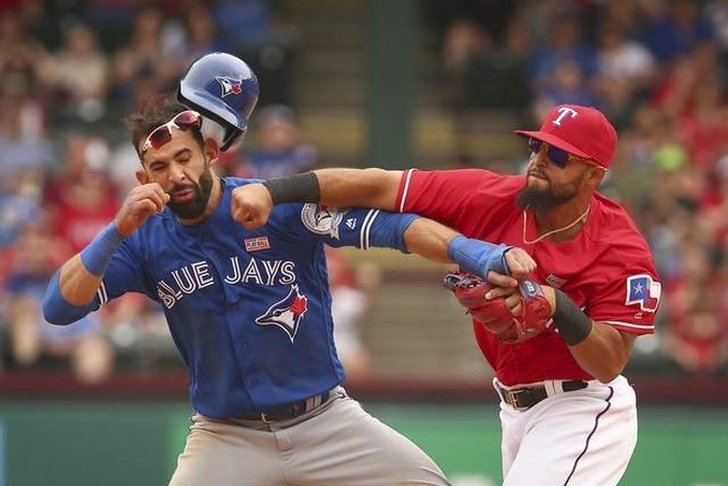 The altercation between Odor and Bautista came in the final game of the first series between the two teams since the their heated ALDS matchup last postseason. The bad blood stems from Bautista's bat flip in the playoffs last season (that sparked brawl then), and the Rangers wanted him to make sure they knew how they felt about it.

Rookie Matt Bush hit Bautista in the 8th inning, and then he had a hard slide into second baseman Rougned Odor. He took exception and punched Bautista in the face, starting a massive brawl between the two teams:

Bautista is widely expected to be suspended as well for his role in the fight.

Odor is batting .278 with seven home runs and 21 RBIs this season.