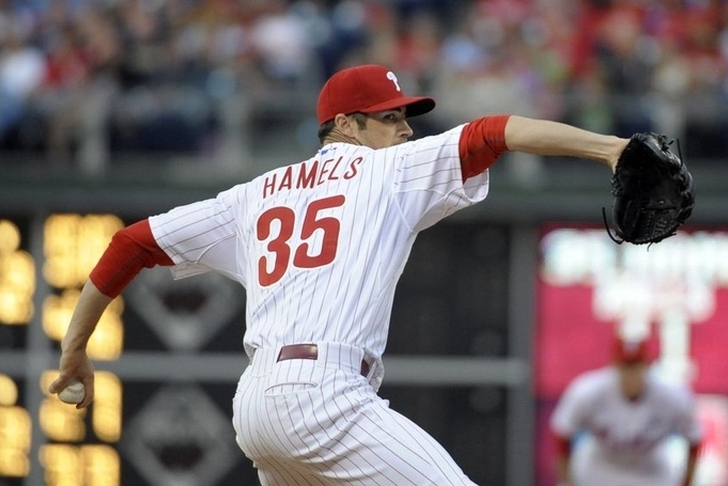 The Texas Rangers are reportedly closing in on a blockbuster trade for Philadelphia Phillies ace lefty Cole Hamels, per TR Sullivan of MLB.com.

Rangers are getting close to getting Hamels.... Sources are say two sides are almost there to a deal.... Not tonight but Thursday

Per multiple media reports over the past 24 hours, the Texas Rangers' willingness to sweeten the prospect pot in Hamels trade talks (and their exemption from Hamels' no-trade list) have been a key factor in negotiations progressing as well and as quickly as they have.

The Los Angeles Dodgers and Houston Astros have also been posited as major players in Hamels trade talks, with the Boston Red Sox and SF Giants falling off due to reported snags with Hamels' no-trade conditions.

Hamels, 31, threw the first solo no-hitter of his career at Wrigley against the Chicago Cubs this weekend, upping his record to 6-7 and dropping his ERA to 3.64 and WHIP to 1.18. He has 137 strikeouts in 128.2 innings pitched which amounts to just over 1.05 per inning.