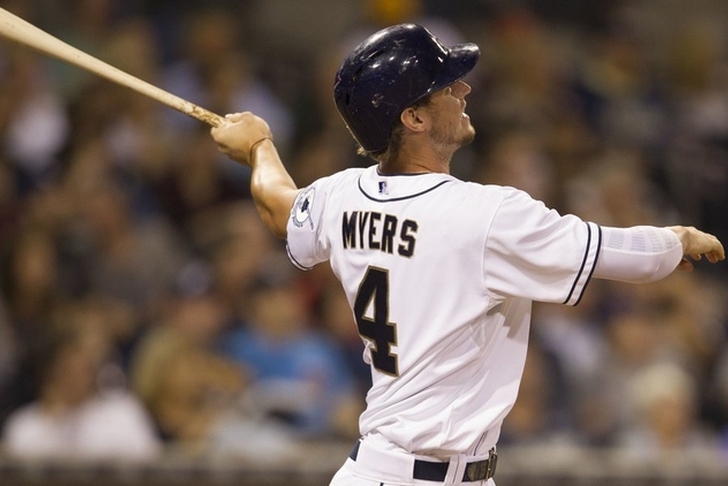 The MLB trade deadline on July 31st is rapidly approaching, and the trade rumors around the Texas Rangers are starting to heat up. The Rangers are 54-34, putting them in prime position to make a World Series run - and are looking to help bolster their roster before the deadline. With that in mind, here all the latest Rangers trade rumors:

Rangers not likely to trade for Wil Myers
Padres slugger Wil Myers is a popular name that has been floated in several trade rumors, and he appears to be the perfect fit for the Rangers, who need help at first base. However, SB Nation's Kevin Ruprecht says a trade is very unlikely between the two sides.

That brings the Rangers into the trade market, in which the San Diego Padres have already been active and will likely stay active as the weeks go on. Wil Myers is raking at first base for the Padres and is generating a lot of trade interest. He is, in fact, leading all first basemen in fWAR at 3.4. He’s running a 141 wRC+ and has a Def value above zero, which is tough to do for first basemen given the positional adjustment that severely dings first sackers. He’s a good baserunner, he’s only 25, and is arbitration eligible for the first time next season. That’s a heck of an asset ...

Which is why the Padres are probably going to keep him around. MLB Trade Rumors noted that the Padres would likely prefer to see their “investment pay off on the field” rather than trade him away, as they traded a lot to get him. Those factors combine for a high asking price - four A-level prospects according to Jon Heyman.

You know, the Rangers have some A-level prospects sitting around in Jurickson Profar and Joey Gallo. Profar’s star has sagged, but he logged a little bit of time at first base this season. Gallo has not logged any major league time at first base, but Wil Myers, noted poor outfielder, is working first just fine.

Jokisch had just been sent back to Triple-A by Miami, where the 26-year-old spent all of last year. He has made just one start in the majors, which was with the Cubs in 2014.