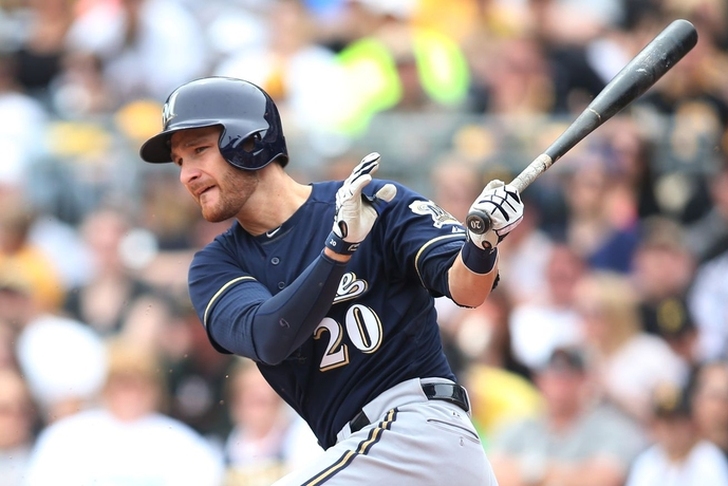 The MLB trade deadline on August 1st is rapidly approaching, and the trade rumors around the Texas Rangers are starting to heat up. The Rangers are 54-36 at the All-Star break, putting them in prime position to make a World Series run - and are looking to help bolster their roster before the deadline. With that in mind, here all the latest Rangers trade rumors:

Rangers trying to acquire Lucroy?
The Milwaukee Brewers have been trying to trade catcher Jonathan Lucroy for two years now, and he appears to be one of the bigger names that will be dealt by the deadline. According to Ken Rosenthal of Fox Sports, the Texas Rangers are plotting to trade for Lucroy:

The scout reasoned that younger players are drawing more attention in trade discussions because so many teams are reluctant to part with prospects who are closer to the majors. He surmised that the home team, the Rangers, was involved in multiple trade discussions. And he noted that the Brewers had multiple scouts watching the Texas youngsters -- an indication, perhaps, that the Rangers are plotting to acquire Brewers catcher Jonathan Lucroy.

Obviously, the Rangers' biggest need is pitching, starting and relief. But teams, increasingly frustrated with the lack of starting pitching available in trade, might seek other ways to outscore opponents.

The Rangers' pursuit of Lucroy, if it is indeed a pursuit, would fit the same mold. The four catchers used by the Rangers this season have combined for the 12th best OPS in the majors. Lucroy, though, clearly would represent an upgrade.

Texas interested in Pomeranz?
In their quest to upgrade their pitching, the Rangers are interested in acquiring Drew Pomeranz from the San Diego Padres, reports Rosenthal:

Sources: #Rangers interested in #Padres All-Star Pomeranz, have done background work on him. TEX has checked on most of available pitching.