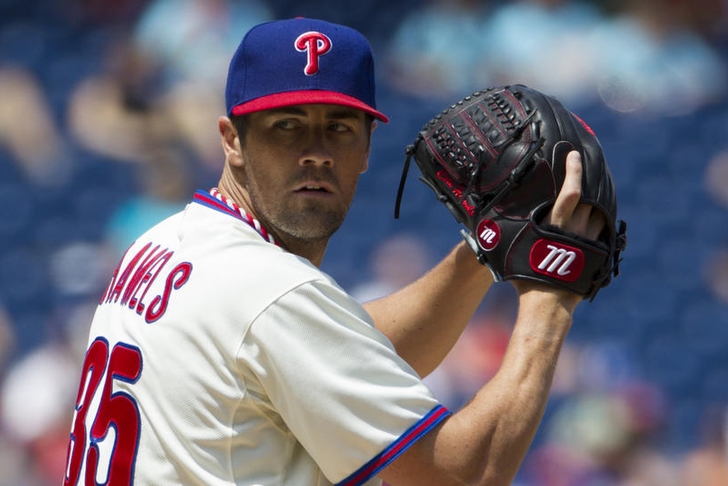 The Texas Rangers have been connected to Phillies ace Cole Hamels for months, as they've needed pitching help since Yu Darvish‘s Tommy John surgery. However, the acquisition now looks extremely unlikely, according to MLB.com’s T.R. Sullivan:

“If we were going to do that trade, we would have already done it by now,” said Sullivan’s source. There’s currently “no traction” between the two clubs.

Rangers GM Jon Daniels told the Fort Worth Star-Telegram’s Jeff Wilson: “…I don’t think you’re going to see us on either extreme end. My mind-set is always wanting to add to the club and always wanting to win, but you’ve got to pay attention to the realities of the standings.”

Texas doesn't want to take on Hamels’ massive contract, or meet the Phillies asking price in terms of prospects.

Philadelphia may also choose to hang onto their ace, a sentiment that's gaining more footing throughout the league, according to Fox Sports' Ken Rosenthal.

"Interestingly, we’ve recently seen speculation that the Phillies could opt to keep Hamels past the July deadline. Other clubs wonder if uncertainty in the front office has hampered their ability to finalize a deal."