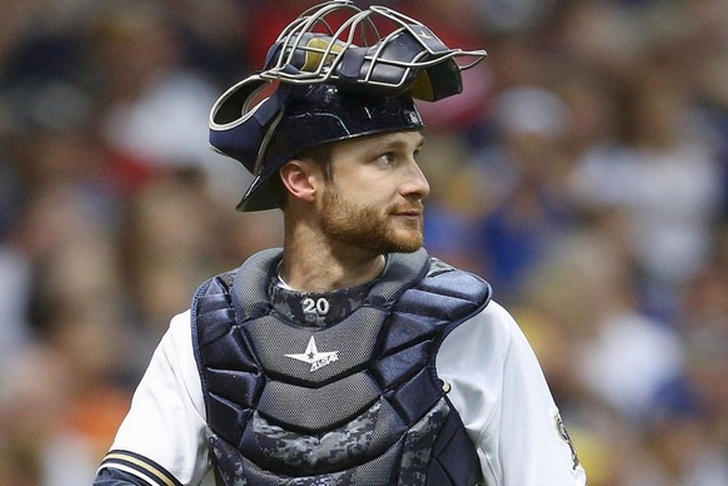 The MLB trade deadline is tomorrow, and there are plenty of rumors swirling around the Texas Rangers. They are 62-44, at the top of the AL West and have already completed one minor trade for pitching help. They likely aren't done yet, so here all the latest Rangers trade rumors you need to know:

Rangers the favorites to land Lucroy
The Milwaukee Brewers had a deal in place to send star catcher Jonathan Lucroy to the Cleveland Indians, but Lucroy vetoed the trade through his no-trade clause. However, Lucroy still wants to be traded (just not to Cleveland, apparently), and multiple reports say the Texas Rangers have revamped their pursuit of him:

Sources: #Rangers strongly in mix for #Brewers’ Lucroy. @Evan_P_Grant said they were back in.

Lucroy is batting .300 with 13 home runs and 50 RBIs this season. He has not played in two of Milwaukee's last four games to avoid injury and preserve his trade value.

Rangers to include Joey Gallo in deal
Gallo is thought to be one of the most promising prospects in Texas' farm system, even showing his slugging power with seven home runs in his first 42 career MLB games, but he may not be a Ranger for much longer.

Texas interested in Derek Norris
While Lucroy is the Rangers' top focus, San Diego's Derek Norris has emerged as a backup option for them if they can't land Lucroy, according to Jon Heyman of FanRag Sports:

derek norris will be next padre domino to fall: rangers, astros, brewers are the main teams