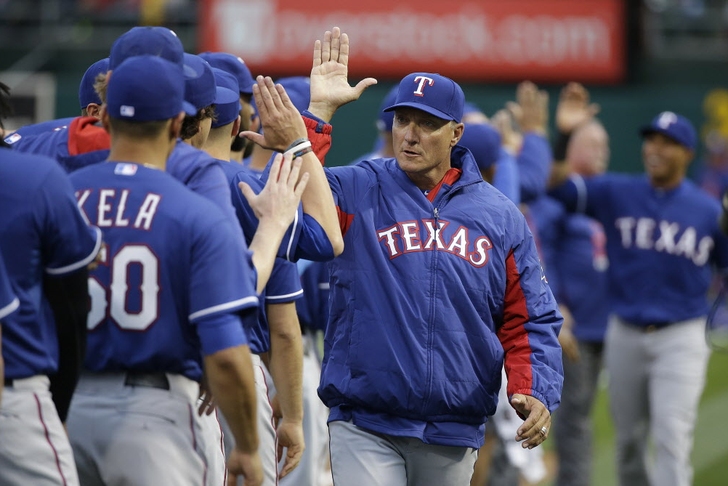 The Texas Rangers are “acting aggressively as both buyers and sellers,” according to Fox Sports' Ken Rosenthal.

Texas has expressed serious interest in both Carlos Gomez and Cole Hamels, and have also fielded offers for  pitchers Yovani Gallardo and Wandy Rodriguez - both of whom will be free agents after the season.

While the Rangers aren't likely to make the postseason, they are want to add help that can be controlled beyond 2015, explaining  why they’re targeting Hamels, Tyson Ross, and Andrew Cashner instead of rentals like David Price.