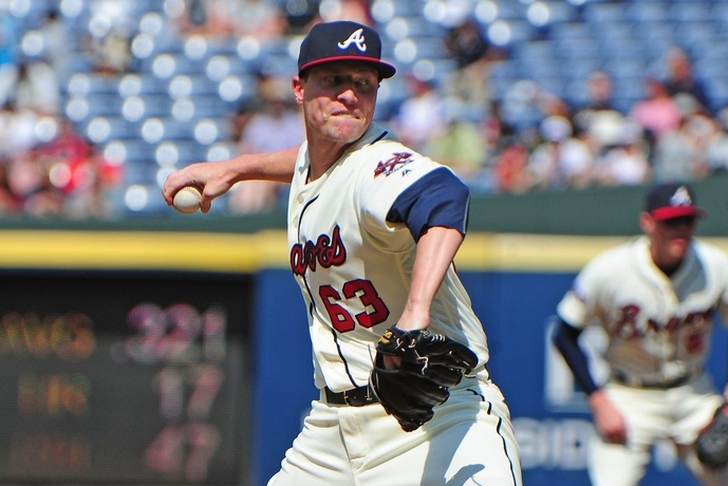 The MLB trade deadline of August 1st is rapidly approaching and the trade rumors around the Texas Rangers are starting to heat up. The Rangers are 58-43, at the top of the AL West and have already completed one trade. And they likely aren't done yet. With that in mind, here all the latest Rangers trade rumors.

Rangers, Braves Trade
It's not exactly a blockbuster deal, but the Rangers and Braves have agreed to a trade.

Harrell is a starter, while Alvarez is a reliever. Demeritte was the No. 20 prospect in the Rangers' system, although he was unlikely to get any major time soon give the club's depth at middle infield. Harrell and his 3.38 ERA in five starts will be a back-end rotation piece. It's a minor deal and it won't preclude the Rangers from looking for more starting pitching help.

The Rangers are still working on more established pitching additions. Harrell, Alvarez give them some immediate help.

Of course, it's a down starting pitching market this year.

Rangers Looking At Hellickson?
Phillies starter Jeremy Hellickson is a prime trade candidate, with the Rangers among teams interested in netting him.

#Rangers and #Orioles were among several teams with scouts watching Jeremy Hellickson last night. #Marlins obviously in the mix.

Hellickson has allowed one run in his last 14 innings (two starts), helping his value in a terrible starting pitching market. The Rangers have had some trade talks centered on Andrew Cashner, but aren't a top threat to land him.

Fielder Getting Neck Surgery
As expected, Prince Fielder will be getting neck surgery this week.

Prince Fielder will undergo surgery for herniation of C4/C5 disc on Friday. Surgery to be done by Dr. Drew Dossett.

Fiedler will be getting a fusion surgery and it's his second neck surgery for the second time in three years. There is some concern he'll have issues coming back from this one at age 32. He tried to play through the injury before the Rangers shut him down.

Follow our Texas Rangers team page for all the latest Rangers Trade Rumors or download the Chat Sports App!