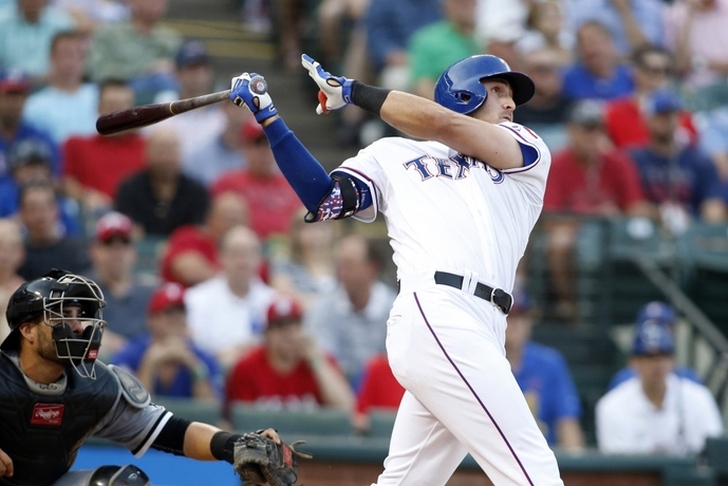 Spring Training has already begun for the Texas Rangers, as the focus has finally shifted from MLB front offices to the players on the field. However, there's still some activity from the MLB Hot Stove to work through. With that in mind, here are the latest Rangers rumors and news for March 20th.

Rangers After Derek Norris?
The Texas Rangers are in need of a catcher, and both the Padres and Brewers could deal a catcher. While the Brewers' Jonathan Lucroy was the assumed top target, the Dallas Morning News reports that might not be the case.

Instead, the Rangers are more likely to target the Padres' Derek Norris. Norris would likely cost the team less in both prospects and salary. He'd also be under club control through 2018, two years longer than Lucroy. If the Rangers add a catcher, he'll split time with Robinson Chirinos.

Joey Gallo Trade?
As part of a potential Norris trade, Dave Cameron of FanGraphs suggests "the logical" Rangers/Padres trade. Cameron thinks the Padres need another quality starter in addition to a catcher, which is why he proposes the Rangers send Joey Gallo and a solid second prospect to the Padres in exchange for Tyson Ross, Norris and the Padres covering the costs for those players in 2016.

While Ross has promise, the Rangers trading Gallo away would be a stunning move. Gallo has his flaws, but he's one of the best prospects in baseball. The Rangers may have Adrian Beltre at third base, but he's aging and Texas will be able to find a spot for Gallo soon. There's bust potential with Gallo because of his poor contact, but his power is too valuable.

No Innings Limit For Yu Darvish
The Rangers will have ace Yu Darvish back this season. He won't be placed on an innings limit this season, reports the Dallas Morning News. However, the Rangers won't rush Darvish back either. Part of that decision is to help the team avoid having to make a choice late in the season if Darvish had thrown a ton of innings. Darvish will have a lengthy bullpen session on Monday.

Follow our Texas Rangers team page for all the latest Rangers rumors!