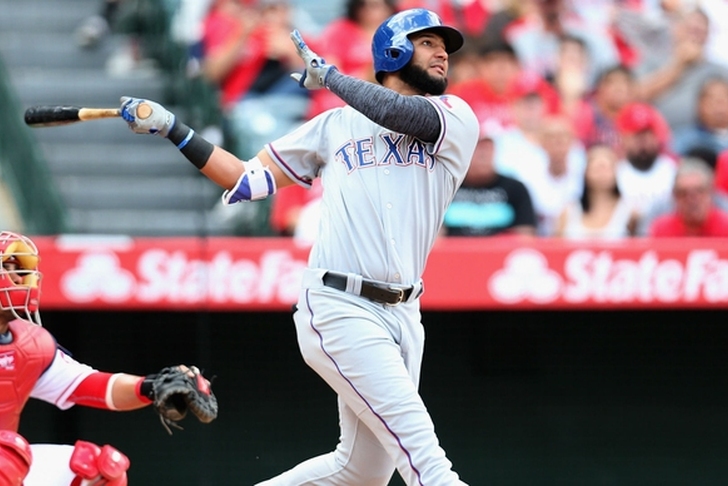 The Texas Rangers plugged rookie outfielder Nomar Mazara into the third spot in the batting order Wednesday, moving him out of the No. 2 hole. That move might not be a temporary one.

Manager Jeff Banister was asked if Rangers fans could see more of Mazara in the No. 3 spot and told the Dallas Morning News "I'm sure we can."

The move to put Mazara in the three-hole was also about getting Ian Desmond into the No. 2 spot. He's been playing well as of late and is a better fit near the top of the lineup.

"We liked the way it worked," Banister said. "We looked at it some during spring training and discussed how we could utilize it during the season. You’d like to say you could roll it right out from the very beginning, but we didn’t have all the players in play and had some guys who were searching in the beginning. Now, we’ve got some guys who have relaxed and who understand what they mean to each other. This allowed us to really lengthen the lineup out and get more contributions from throughout the lineup."

The 21-year-old Mazara has played great this season, posting a slash line of .314/.372/.457. The last time the Rangers plugged such a young player into the No. 3 spot when they were still in playoff contention was in 1993, with Juan Gonzalez.

Follow our Texas Rangers team page for all the latest Rangers News!