The Final Countdown: Rangers need another sweep and help 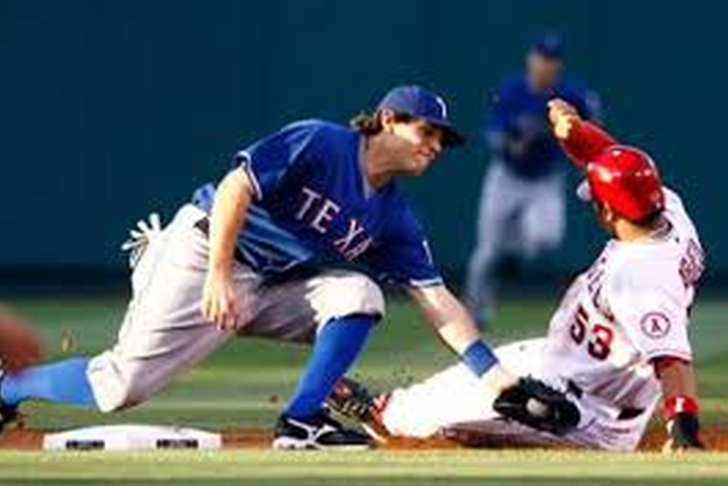 The Rangers just completed a sweep of the Houston Astros.  Surprised? More than you might have been in say, April or May.  This is an Astros club that, with their loss to the Rangers on Monday night, became the only team in baseball history to lose 106 games in three consecutive years.  It's a franchise that posted a 2-17 record against Texas this season, and has only won seven of the 43 meetings between the teams since 2009.  Still though, this is a team with absolutely nothing to lose.  More often than not teams with that attitude are the toughest to beat. But let's not over credit the Astros.  After all, 51 wins is...well, 51 wins.

On the Rangers side - given their relatively average 2013 home record and tendency to play down to their competition, a sweep of the Astros was actually just a tad bit surprising. In my last blog I said they would have to sweep this series to have a chance at the postseason, but that doesn't mean I believed it would happen.  The second game of the series was nerve wracking to say the least.  It appeared that once again, this team could not score runs when they needed to.  They squeaked out a 3-2 win with their best pitcher on the mound. Tonight felt a little better.  But only after the five-run fourth inning was too much for the worst team in the history of baseball to handle.

Regardless, the Rangers took care of their immediate business.  They had to have a sweep and they got it.  It's time to forget it and move on.  Now they have four games remaining in the season, and all are at home against the suddenly-hot Los Angeles Angels.  The Rangers might....might be able to get away with only winning three out of four in this series.  But with as hot as Cleveland and Tampa Bay have been lately (both are on six game winning streaks), I'd only feel comfortable with another sweep.  The Rangers also need some help, and they'll put a piece of their playoff lives in the hands of the Minnesota Twins, who kick off a four game series with the Tribe at Target Field tomorrow.

Here's the lineup of the Angels series, including my keys to a sweep.

My keys to a Ranger sweep:

1) Keep Mike Trout off the bases.

Classic case of "easier said than done." Over his career against the Rangers' four scheduled starters, Trout has a batting average of .385 with an on base percentage of .474.   Normally you could just walk the guy and let someone else beat you, but Trout has 33 stolen bases. He's likely the best all-around player in the game, and the Rangers will have to accept that he's going to get his hits and get on base.  It's all about limiting the damage.  If the Rangers can minimize Trout's five-tool game, they will gain a huge upper hand.

This is absolutely as simple as it sounds - just put the man on base.  He's getting older and doesn't have the same speed on the bases that he had when he was on the right side of thirty.  He's hammered Ranger pitching this year.  He's also raised is batting average almost 50 points since May.  Ranger pitchers dominated him in the the two teams' first meeting back in April, but since then they have struggled to get him out.  They've abandoned the "off-speed away" mentality that was so successful against him in the early part of the year.  Newsflash - he is and always has been one of the league's best fastball hitters.   So don't let him sit dead red.  It really is as simple as just putting the guy on base if first is open.

3) The bullpen needs to be at its best

And it has been for the last couple of weeks.  Robbie Ross and Tanner Scheppers have completely regained their mojo.  Neil Cotts has been automatic all season, and even Joe Nathan has been a more of a guarantee lately.  The club will rely on those four to get them through the late innings of each game.  This will effectively shorten the game to five innings for the starter, although you'd like them to go for longer.  None of these games will be a blowout and so they will have to be in top form against a team that can score at a moment's notice. Conversely, the Angels bullpen has been atrocious for a majority of the year.  The Rangers have three walk-off wins against closer Ernesto Frieri alone.  The Angels have supposedly given him the nickname "ErNasty." His numbers against Texas are anything but.

Nothing more need be said.

I'm predicting that the Rangers will win three out of four games in this series.  It's going to be a dogfight of a four game set, as the Angels are playing solely to derail their arch rival's playoff hopes.  They'll be fielding their best lineup and will be a tough out over the next four days.  But again, the Rangers have something greater to play for here.  We'll just have to see if they did enough by day's end on Sunday.