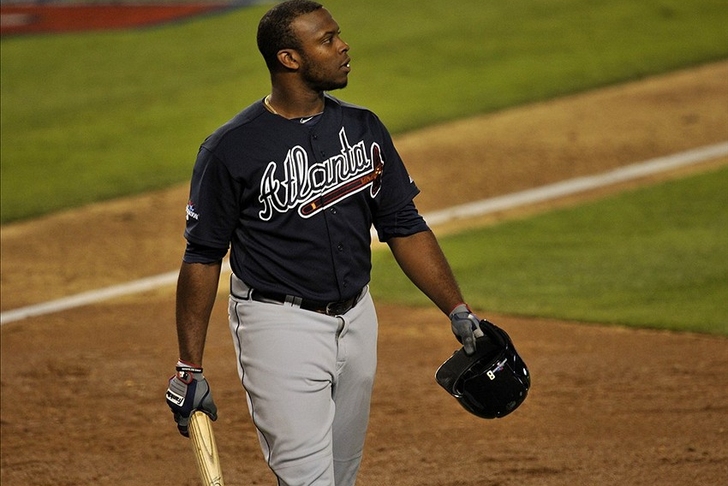 The Rangers are remaining active at Winter Meetings, and we've had quite a few rumors come our way on Wednesday. The latest...

Evan Grant of the Dallas Morning News reports the Rangers are interested in Young, but they may have already missed their chance at landing the speedy OF/2B.

The Rangers are one of several teams with interest in Upton and Evan Gattis, per Joel Sherman of the New York Post. The Giants, Royals, Padres, and Mariners are also interested, though, so Upton won't be an easy target to acquire.

Former Rockies catcher Wilin Rosario is a target for the Rangers, who are reportedly enamored with his potential. At only 25, Rosario has plenty of room to improve, and the Rangers are very interested in adding a catcher.

Patrick Saunders of the Denver Post was the first to report the Rangers were taking the lead on Rosario.

The Rangers are no longer interested in Matt Kemp, per Jon Heyman of CBS.

The Rangers want Baker back on a minor-league deal, per Evan Grant, but Baker wants a major-league deal and won't be back unless he isn't able to get one.