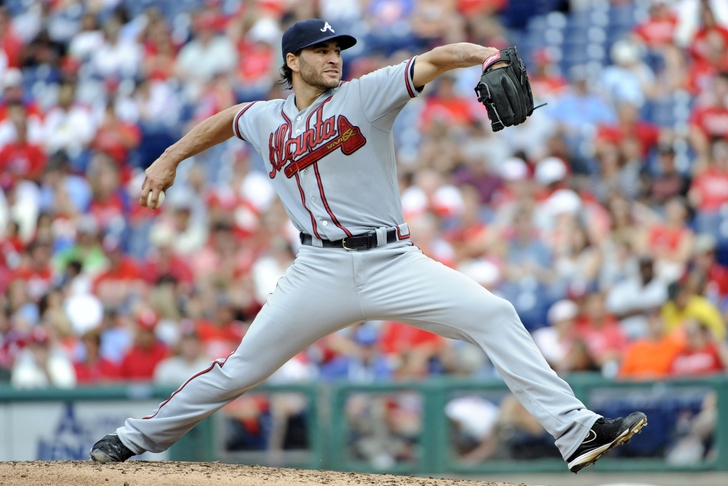 The Texas Rangers have reportedly taken themselves out of the running for free agent right-hander Brandon Beachy, per a source cited by the Dallas Morning News' Evan Grant.

Here's Grant with his assessment of the current market on the former Atlanta Braves starter:

According to at least one internet report, Beachy, who underwent his second Tommy John surgery last year, could make a decision as early as the end of this week and has a field of six- to eight-teams that are interested even though he wont’ be ready to start the season. The Rangers did check in, but, according to the source, have since backed out.

Beachy missed the entire 2014 season due to his second Tommy John procedure, and is currently projected to return in May or June for whichever team takes a chance on him. The 28-year-old has only exceeded 82 innings once in his three-year plus MLB career, amassing 141.2 innings and a 3.68 ERA for the Braves in 2011.

Follow our Rangers team page for all the latest Texas Rangers news fit to print!